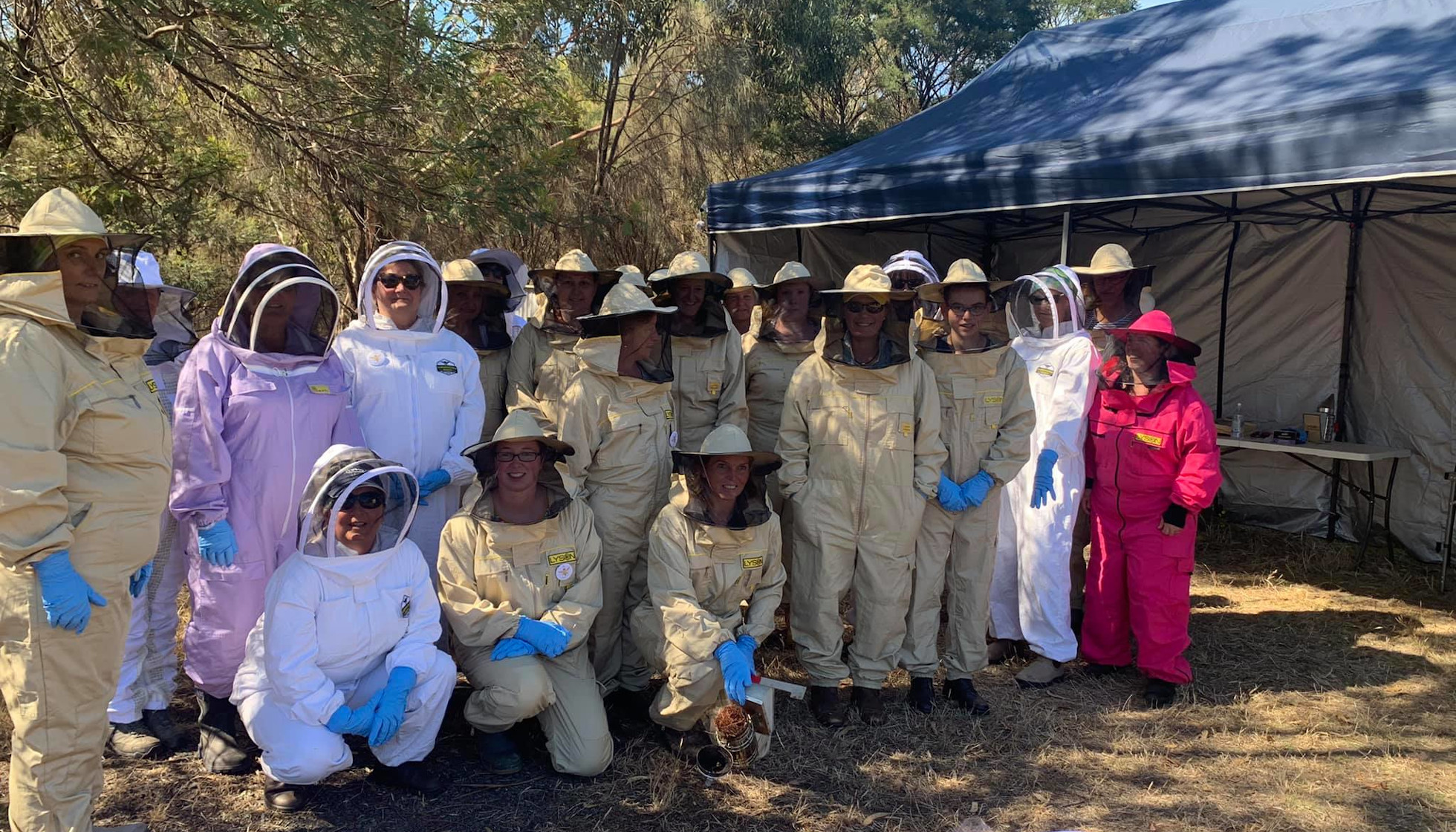 I’m one of Tassie’s newest beekeepers – having recently taken responsibility for a hive on our suburban Hobart block.

We’ve had bees before – interstate – but back then my partner was in charge. To be honest, I was scared of bees. I saw a beehive as a box brimming with out of control tiny death merchants. Pregnant at the time, I was also somewhat put off by the physicality of the job of looking after them – the heft of a full hive cannot be underestimated. I’ve always been more than happy to take over the honey distri­bution – and taste testing – though.

Now I love them, and I’m in charge of our new Tasmanian hive. My beekeeping suit may be five times too big but I say that just leaves plenty of space for the iconic puffer jacket.

There are soon to be plenty more female beekeepers collecting the sweet stuff in Tasmania thanks to a new local initia­tive – the Sister Hives – a community of women interested in getting into the sticky, sweet adventure. Tasmanians Anita Long and Jenni McLeod co-founded the new community group and they recently received state government funding to take 25 keen women into the fold. Within 24 hours of opening the applications, over 100 women had enquired and they’ve accepted nearly 60.

Those women will meet in person then follow up with online mentoring sessions. They’ll hear from experts in various fields relating to beekeeping – such as an occu­pational therapist who can teach them how to safely deal with the physicality of the job. They can hire bee suits and – in the future – Anita and Jenni hope to be able to sell bees at discounted prices to members of the group. They’re aiming for connection, communication and skill sharing.

“We are trying to address all the beekeep­ing issues that stop women from starting beekeeping, and trying to attract and retain women to the beekeeping industry,” said Jenni, who also owns 30 hives as part of her business, The Bee Collective. “There is something about beekeeping that is really healing,” she said. “We want to show that to other women and to make the experience as enjoyable for women as possible

“If you’re feeling scattered, you go out to the bees and…you have to be in that flow state. You’re connected and feeling that energy. You have to be there, be present. I’ve never met an aggressive beekeeper!” she laughs. “They have to become calm.”

Jenni said a lot of their applicants were young mums, looking for a hobby or a side hustle. She cited Beauty and the Bees as a great example of a female-led, home-grown bee business, and she wants to show other women that it can be a wonderful side-hustle, or grow to become more. That’s the trajectory her own business has taken, and Anita’s Tasmanian Junior Beekeepers is also increasingly popular. “We want to showcase all these successful women in the industry in Tasmania and around Australia,” Jenni said.

Jenni says she deliberately named the ini­tiative Sister Hives Australia, rather than Tasmania, because she has big plans for it to expand. The current program begins in December. For more information about get togethers and future programs, head to the Sister Hives Facebook page.