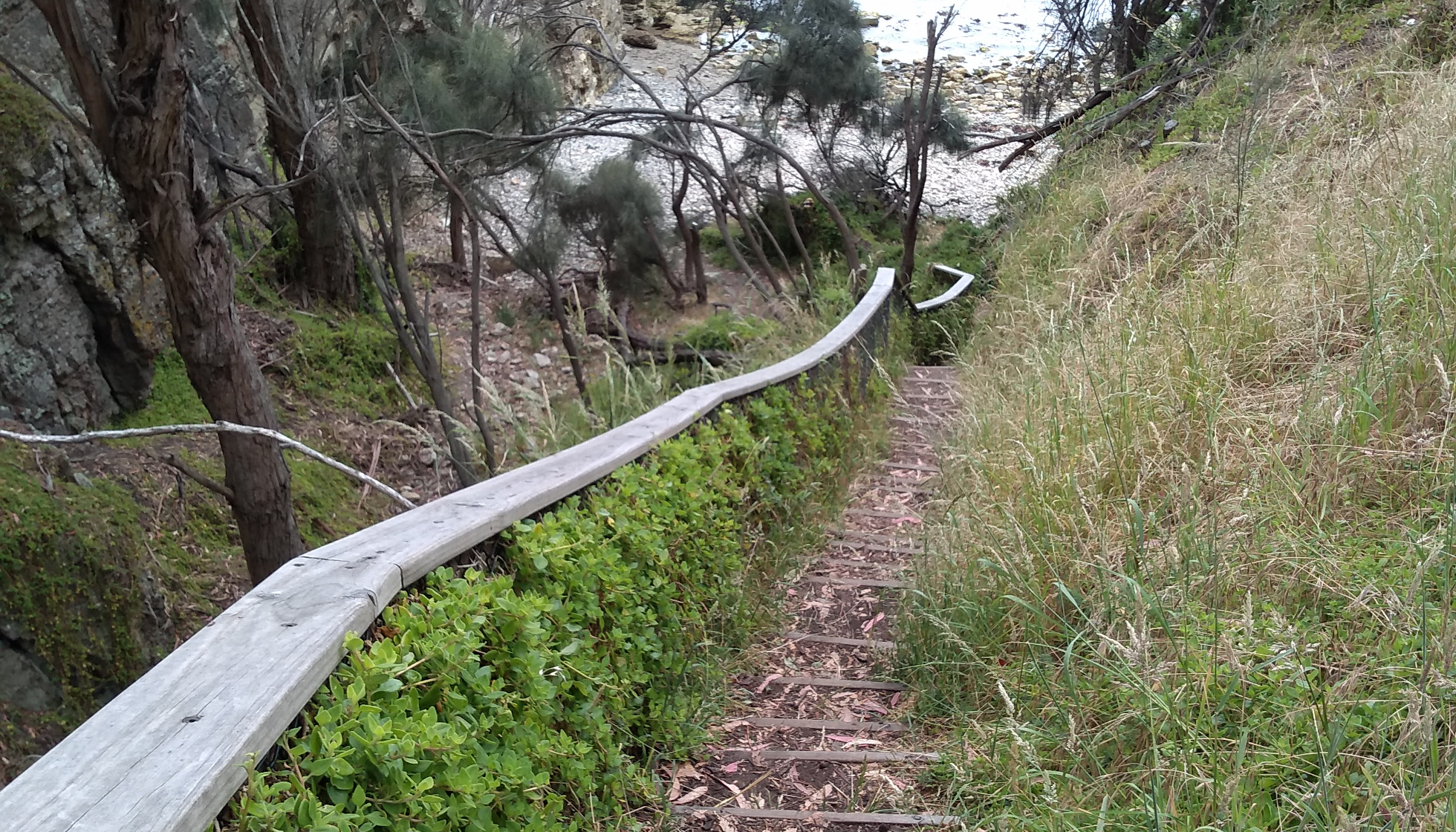 Keen on our geological, botanical or marine biological environ­ment, and are confident of tackling a moderately steep incline on foot? Then the Fossil Cove Conservation Area, just off the Tinderbox Road, and about three and a half kilometres south of Blackmans Bay, is worthy of a look.

Having recently tackled the track myself with two of my sons, we discovered the early part of the trek offered a smorgasbord of different native plant species. According to Professor James Kirkpatrick of the Geography Department at the University of Tasmania, and former lecturer of myself many years ago; it includes Musk Daisy Bush, Native Cherry, Large Leaf Bush Pea, Long Leaf Wattle (albeit this one is an introduced species) and Christmas Bush, just to name a few. 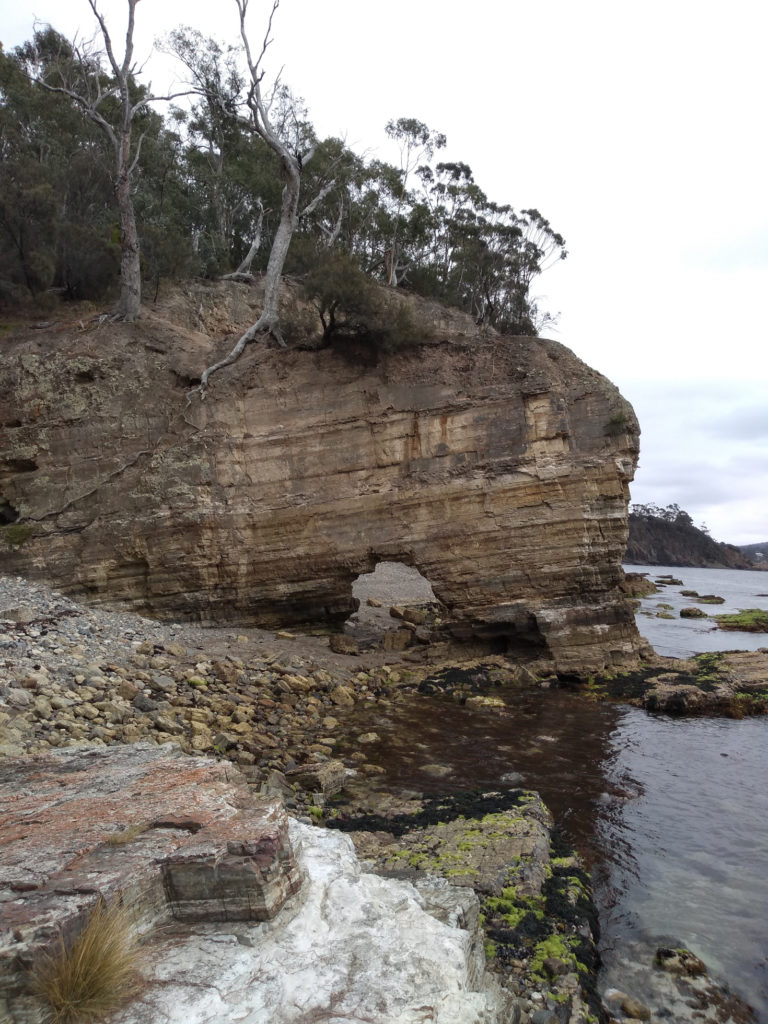 The highlight from a geological point of view however includes some of the most magnificent coastal rock formations at the bottom of the track near the water’s edge – much to the geo­physical interest of my eldest son Tim. The pictures speak for themselves but suffice to say, one can’t help but marvel at how many millions of years of coastal weathering from both wave refraction and the attrition factors intensified by wind action, have created such unique examples of nature’s own art, espe­cially the rock arch.

To add extra to the mix, the plethora of fossil material to be dis­covered by just foraging around the rocks is guaranteed to tease the curiosity of any amateur palaeontologist. For those familiar with graphic art and keen to build on their personal library of texture images, we can recommend checking out this vast array of fossil samples, just as my second son Sam often does whenever the opportunity arises. 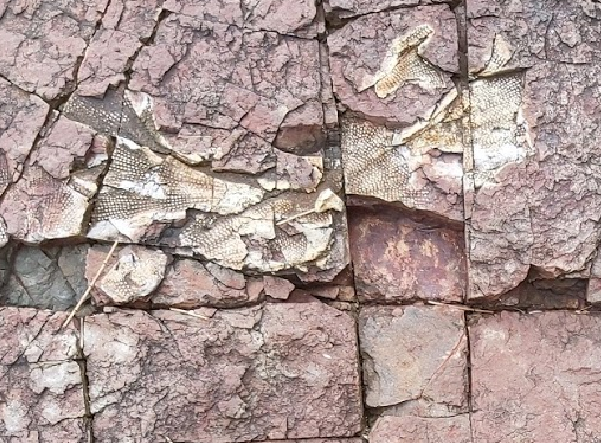 While we were there the arrival of a diving group – all enthusias­tically equipped with wet suits, masks and flippers – was a firm indication that there is an abundance of marine life in the region close to shore, to be explored and appreciated. While I haven’t ventured to that extent personally, we’re reminded that this is part of the D’entrecasteaux Channel and just six kilometres further south, one can find the Tinderbox Marine Reserve with an interpretation trail, which extends 700 metres along the shore and out to approximately 300 metres from the high water mark. Originally established in the early eighties under the direction of then Parks Minister, John Clearly, it remains very popular with dive clubs for both social gatherings and dive training.

I would like to acknowledge the assistance of Professor James Kirkpatrick of the UTAS Department of Geography and Environmental Studies, in identifying some of the plant species.