Mr Korea and Rosie in my Midnight Dreams 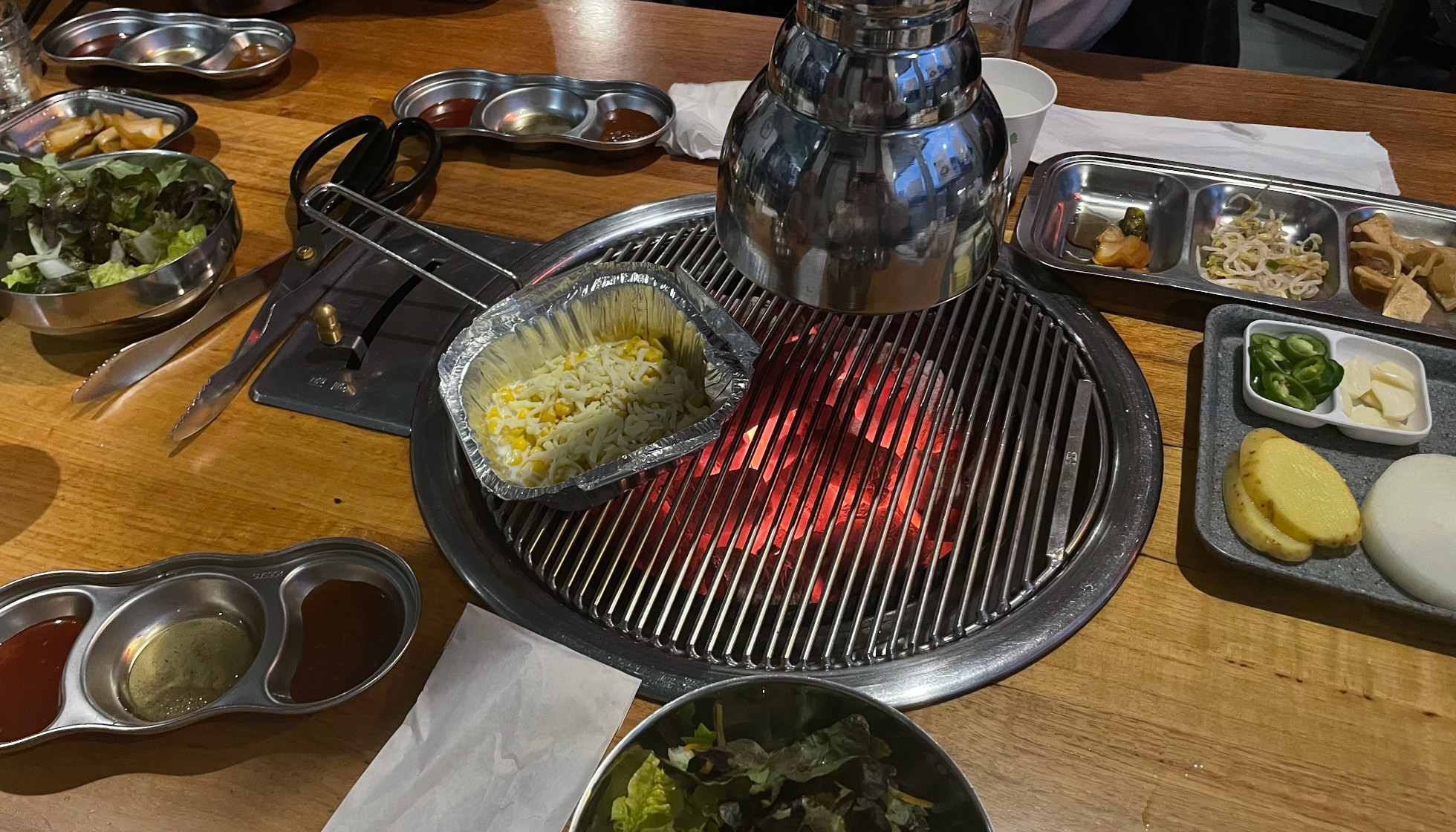 My mother could never quite understand the fascination behind going to a restaurant only to cook your own food. While I can understand how it contradicts the fun of going out, being tended to and not being lugged with the washing up, I hope she would have seen the light if she were my company at a recent visit to Korean charcoal BBQ, Mr Korea. This type of outing is the best of both worlds, the novelty of cooking (for those who enjoy it), being with company and eating yummy things, without being trapped in a kitchen away from the group for half the night, and dealing with a kitchen full of dishes in the morning.

Our group of five opted for a Tasmanian pork set ($79) and Wagyu beef set ($110), and whilst that sounds like a lot on paper, the protein is rounded out with an array of different salads, ferments, sauces, and vegetables, all individually portioned on stainless steel lunch trays. Any BBQ is best enjoyed with company, but my advice is to group up for this type of outing. There are no single serves, instead different cuts and styles of meat are served in large packs, so the more people you share with, the more you can try. But perhaps not the best place to bring a vegetarian or vegan. Very quickly our table fills up, the soju is poured, and suddenly I’m warmed by the grill heating and the sweet fruity Korean liquor giving me a slight sugar rush. A gas grill sits lowered in the table, controlled by staff who efficiently sweep around the restaurant collecting plates, changing grill hot plates and replenishing goods. We handed the reins over to one of our friends to control the flow of food. There can only be one chef in the kitchen and if you don’t think you have one at the table, somebody will quickly assume the position. The room begins to fill with the aroma of fat rendering, and tiddly bits crisping as pieces of meat are whisked off the hot plate, dunked in sauce (the sesame oil was my favourite) and devoured. Korean BBQ has a paced nature, meaning the night doesn’t end with that horrid overeating feeling and the loosening of buttons and belts. Instead, the night seemed to run away with us as we chatted, cleaned up every last piece and left with perfectly full tummies and perhaps the slight perfume of smoke lingering. Open seven days for dinner, lunches on weekends. 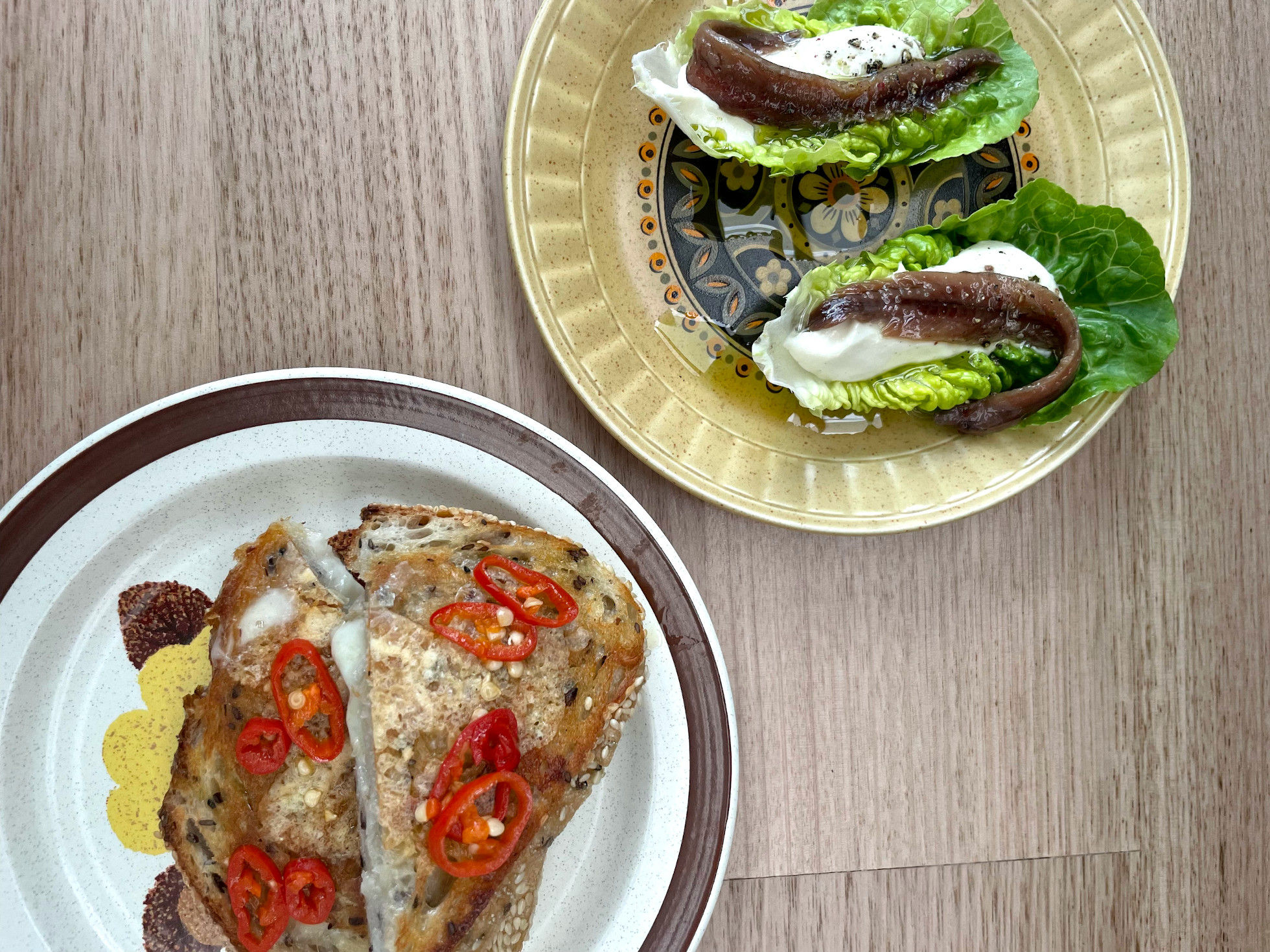 Rosie in my Midnight Dreams

The face behind Rosie in my Midnight Dreams taught me how to make and shake margaritas and perhaps ignited a great, and slightly head-achy friendship with Espolon tequila. The first place of her very own, I openly held a little bit of favoritism when I dropped past on a magnificently sunny afternoon. Light, bright and airy with large communal tables and an outlook of Franklin Wharf through the large sliding windows, Rosie is a heavenly new spot to perch and people-watch with a coffee or coupe in hand. There are the daily staples – coffee, margaritas and wine, but each day, new snacks find themselves etched on the black-board. While it’s only the first few weeks and the creases are still being ironed, I secretly hope the spontaneous offerings stick around. On this day, we pamper ourselves on our lunch break with a margarita – still as yummy as ever, with a side of olasagasti anchovies, a salty anchovy snack atop cashew cream and baby cos ($16), and a preserved chilli and cheese toastie ($11.5). On other days, prosciutto and salami with pickles, new season tomatoes dressed up with goat’s curd, and sardines from the tin dance their way out of the petite kitchen.

There are some drops from up-and-coming winemakers – such as Wine by Baby, and of course some unique fly-ins from overseas (mainland included). Don’t worry beer lovers, there’s tins in the fridge too and as for the largeritas. I’ll let you know if I’m converted. Open Thursday – Monday, with late finishes on Friday, Saturday, and Sundays – Check out Instagram for all the nitty gritty details and perhaps snack sneak peek @rosieinmymidnightdreams