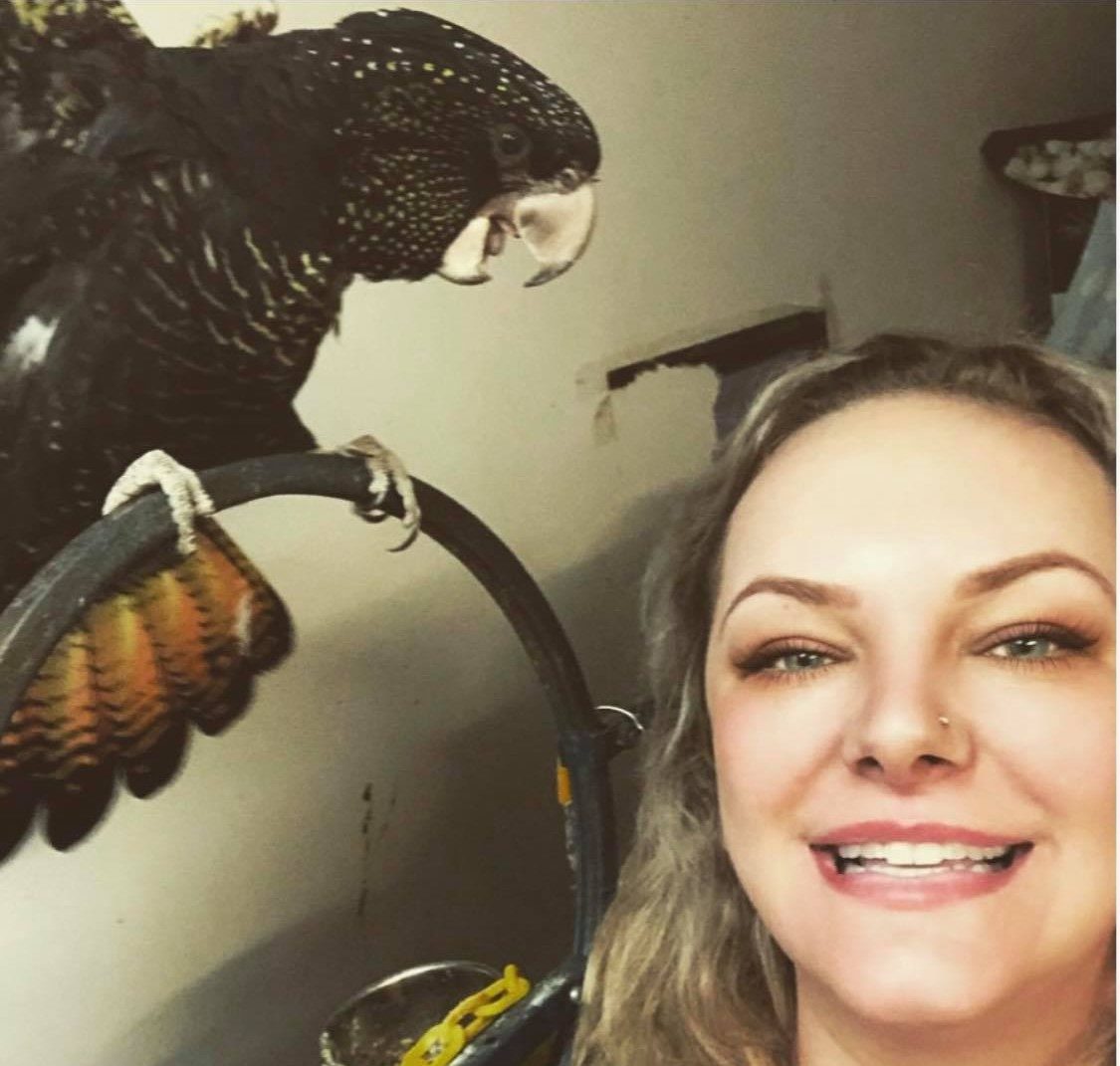 When Georgie, a red-tailed black cockatoo, went missing near Margate in February 2018 her owner Hannah thought she was never going to see her again.

But last month, she got a surprise phone call saying they believed they’d found her bird – more than 200km from where she’d last seen Georgie.

On the night Georgie disappeared, Hannah said she heard the garage door opening.

“I ran downstairs and my Alexandrine parrot had pressed the garage door button with her beak and the sound of the door scared Georgie and she took off,” Hannah said.

The bird was handed into a Deloraine vet, but looked after by the Trowunna Wildlife Sanctuary at Mole Creek.

After rushing to find Georgie’s microchip details, the bird was confirmed to be Hannah’s.

Hannah made the three-hour drive to be reunited with her bird.

“She was so scared and frail. She had injuries and was terrified,” Hannah said.

This is not the first time Georgie has surprised her owner.

“I always called her George, until I started noticing, as she was maturing, she had more dots in her feathers… and her beak was lighting up which are all classic signs of a female,” she said.

“I had my suspicions.”

And now George is Georgie.

“I guess the lesson to be taught is parrots are smarter than you think! And you should always keep all [your] details up to date!”